I’ve just received a new deck I have been wanting for a while now, The Gorgon’s Tarot. I was almost hesitant to open it, unsure of what I was going to find, or feel about the deck, once I held it. Let me just say that it is beautiful, lush, and vivid in its monochrome glory. I’m fairly new to tarot, I started almost hesitantly about two years ago with my first deck, The Hermetic Tarot, also black and white, but the deck was so dense in knowledge and symbolism that I wasn’t quite sure how to delve in, so I put it off for a little while, picking it up only on occasions. Then I bought myself a mini RWS deck, which is great but I really got it because it was mini and I could easily carry it around with me. On occasions, I would read on tarot and learn more on it but wasn’t fully committed. It was also during a time of spiritual crisis, I was doubting my beliefs, changing, breaking down long-established foundations, things of that nature. Meanwhile, tarot continued to whisper my name, calling my attention, I discreetly ignored it. Well, towards the end of last year I felt I was ready to truly branch out, break free and create myself anew. This is when I picked up the study of tarot in earnest. I began studying the symbolism and tradition behind the Hermetic deck, The Golden Dawn, etc., so as to one day be able to truly and fully use the Hermetic deck. Meanwhile I have been using the RWS which feels more accessible, the downside being that it is too small.

Receiving the Gorgon’s Tarot, today, opening the box, I truly wasn’t sure what to expect but I completely meshed with the images, I connected and immediately fell in love with everything the deck has to offer, the untapped possibilities of exploration. Beautiful deck. 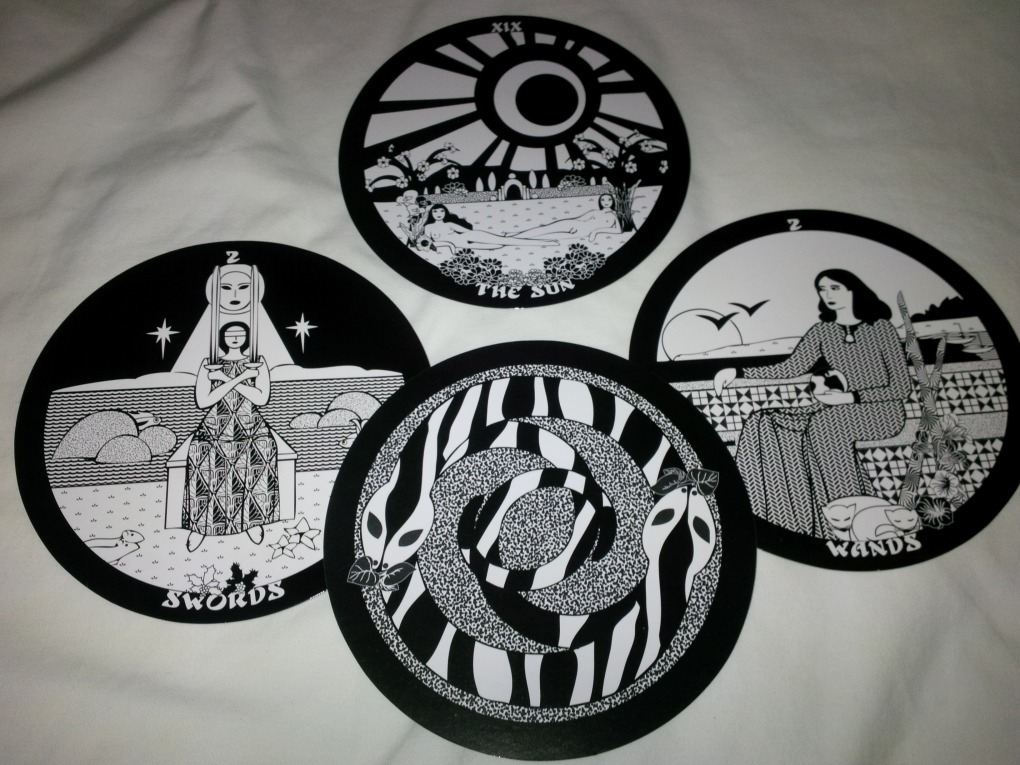 I’m not going to review it, there are others that have done that very well, here and here.

I did a test spread and it flowed to so well, I connected with the deck instantly. What I got from it was that this was a deck with loads to give, introspective and rich. I definitely look forward to getting to know this deck. Oh, one more thing, the LWB is wonderful, cheeky and very informative.